From Marylebone to the Old Brewery in Greenwich. 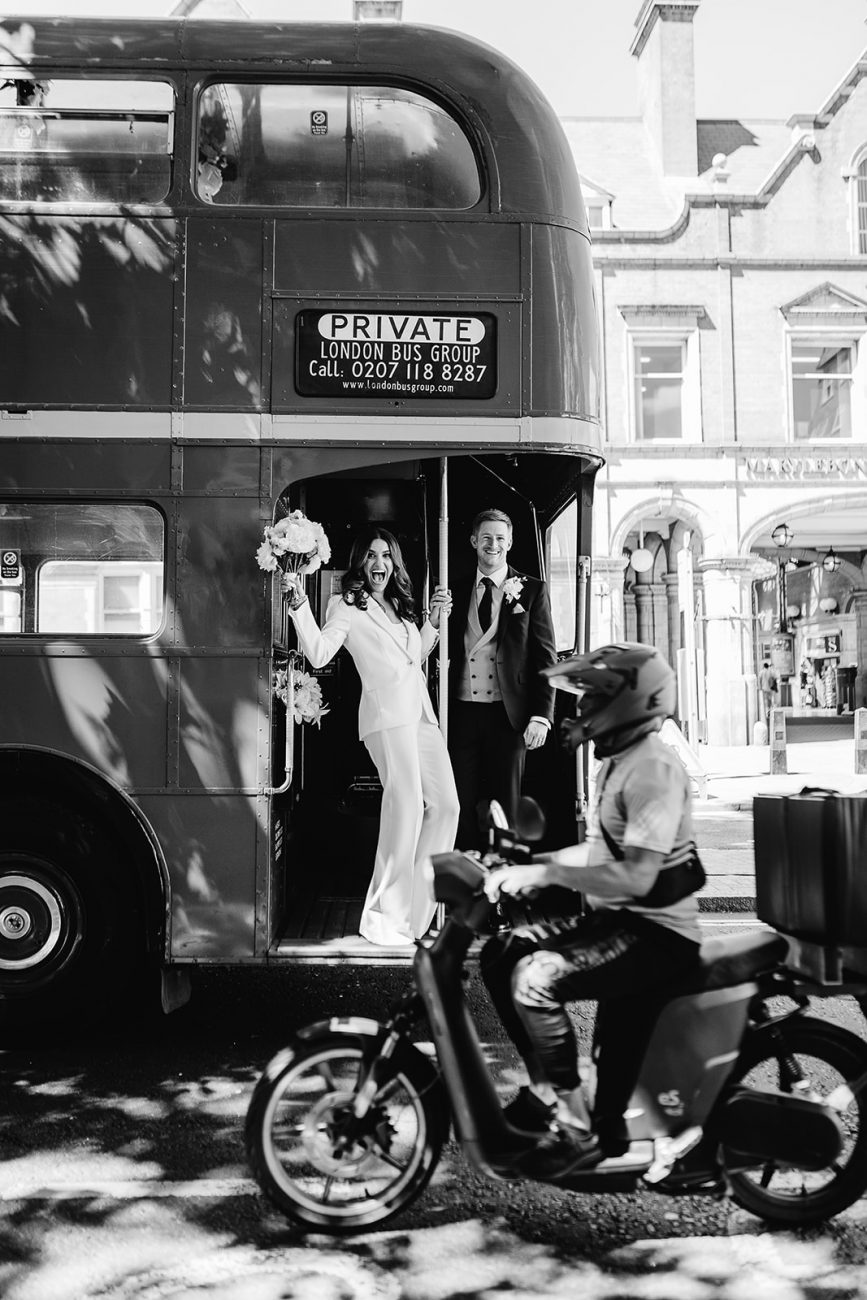 If I told you travelling from West London, old Marylebone Townhall, to Greenwich for a wedding reception was possible on your wedding day you would probably think it would be too much stress! However, on Adriana’s and James’ wedding day, this was made possible with an amazing double-decker route master bus that took all their guest from the town hall right over to the Old Brewery at the Old Royal Naval College in Greenwich.

Getting ready for the wedding at The Landmark Hotel

But first, let’s start at the beginning, which started at the Landmark hotel, a stone’s throw away from old Marylebone town hall. The couple got dressed separately; however, they were only another number of doors away from each other, so it was straightforward for me to catch up by prep before the ceremony. I followed Adrienne and her parents to the Townhall to capture their entrance.

It was an extraordinary ceremony because the bride’s family had travelled from Australia to be there. The ceremony was full of laughter, love and happiness from all of the 20 guests, and it was a pleasure to catch up with them in the Pimlico room at old Marleybone Town Hall.

Following the ceremony, we did a few family portraits outside and, of course, the fantastic confetti for photos – I highly recommend using paper confetti outside the old Marleybone town hall as it is biodegradable and floats perfectly through the sky to make some epic photos.

Portraits before the wedding party at the Old Brewery

We then sent the guest after the landmark hotel to check out their rooms, grab a drink whilst we explored the local area and, of course, got photos in the pillars at old Marleybone town hall.

Travelling in style to the Old Brewery

We all then headed over to The Old Brewery, Greenwich on the old route master bus, which was fun to see some fantastic sites, including the London Eye, Trafalgar Square and even the flags in Oxford Circus.

The Old Brewery grounds are a prime spot for the couple as they set up home and spent some of their favourite times throughout lockdown. They found an incredible venue called the Old Brewery at the old Royal Naval College, which had stunning views of the Thames and course of the famous Cuttysark. Before the evening guests arrived, we explored the grounds to take some lovely portraits.

A day to remember for my lifetime ✨ Honoured to

A few favourites from last Monday in foggy Cambrid

We were very lucky last weekend 🙌🏻, as soon

@2021 Lucinda Watson Photography
Back to Top